Ethereum is having a very positive week, not only in terms of prices but also in terms of usability and technological evolution.

Ether (ETH) —the blockchain’s native cryptocurrency— is having a phenomenal performance so far in June. An increase of 63% following the trend established by Bitcoin (BTC) has caused the token to reach 270$.

The token’s behavior follows the bullish trend that began last May, after a correction experienced at the beginnings of June due to the sharp fall of Bitcoin (BTC) prices —attributed by several analysts to a practice of price manipulation.

However, after approaching $226, ETH managed to recover, starting again a strong escalation replicated by other cryptocurrencies.

The Heikin Ashi candles allow reducing the “noise” in the graphs, showing a clear bullish trend after reaching the lowest prices of the month. This trend is confirmed by nice MACD that shows a possible end of the correction and an optimistic future for the Ethereum Market.

According to information by Trust Nodes, the Ethereum development team has already set a date for the release of the long-awaited Ethereum 2.0: January 3, 2020.

Justin Drake –one of the developers– said they chose that date for several reasons, one of which was that they wanted to honor the launch of the Bitcoin (BTC) genesis block on January 3, 2009.

The evolution of Ethereum has several characteristics, however the most important is the migration from a PoW algorithm to a brand new Proof of Stake alg. With this, the blockchain would be more effective, resource efficient and more resistant to possible 51% attacks — at least theoretically.

The “transition” process could start between October 8th and 11th of this year at Devcon, although there are already some Ethereum 2.0 clients running testnet.

As reported by Crypto Crimson, it is expected that once implemented -and with all parallel developments fully operational- Ethereum will be able to support about 1 million transactions per second.

An official press release shared by CLIC Technology revealed that they partnered with Opporty to work on the development of a browser extension “which will revolutionize the e-commerce industry, allowing consumers to make everyday purchases on Amazon using the open source, public, blockchain-based distributed computing platform Ethereum.

Roman Bond, CEO at CLIC Technology shared his enthusiasm at the possibility of promoting the e-commerce marketplace and the adoption of cryptocurrencies:

“Bringing cryptocurrency to the e-commerce marketplace is the merging of two next-generation industries … We’re excited to be working on this project with Opporty, and to move forward on a number of other ambitious projects with them as well.

As reported by Ethereum World News; last month, the tech startup Moon announced the development of an extension that allows payments on Amazon with Bitcoin (BTC) through Lightning Network. 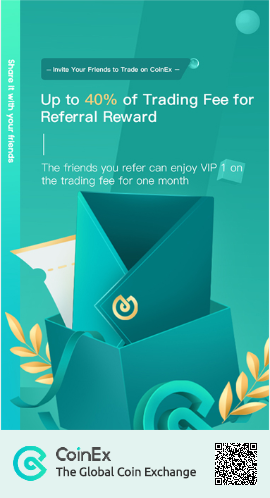 A couple of major blockchain development conferences have been canceled, and the cryptocurrency markets are feeling the economic impact of the coronavirus pandemic, but...
Read more
Previous articleDash iOS Wallet in iPhone
Next articleMetaMask Guide (Intermediate Ethereum pt.1)